I know what we did this summer 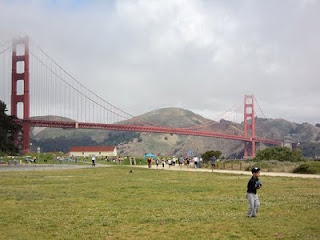 Tomorrow the kids will start school, and as soon class starts they'll be asked, as they always are, the question:

What did you do over the summer?

I'm sure my kids' classmates are going to have some pretty amazing stories to tell. Swimming in Barbados, Hawaii or Fiji. Trekking through Costa Rica or the Appalachians. Running into celebrities at Martha's Vineyard or Cape Cod. Tasting old-world culture in France and Germany. Getting away from it all in Provence or Tuscany. Camping in Yosemite. Chilling with the family in Florida. Cruising through Alaska. Driving cross-country.

There were no major trips or fancy vacations in the cards for our family this summer (Alfie did do his California-Nevada-Utah motorbike trip and I did get to travel to LA, Atlanta and San Diego, but those were solo trips). We spent a pretty low-key summer at home, spending most of our days at home, watching far too much tv (I think The Pea must know each and every Good Luck Charlie and Wizards of Waverly Place episode by heart).

* We did learn how to load and fire a canon (you can never be too prepared);

* We got to marvel at the natural wonders of the sea at the Monterey Bay Aquarium;

* 3Po checked out some wonders of a different sort (just how natural they are is debatable) at the motorcycle races in Laguna Seca, where we saw world-famous MotoGP riders like Casey Stoner, Jorge Lorenzo and Valentino Rossi;

* The kids rode on motorcycles for the first time;

* We watched a ton of soccer games and cheered on some our favorite teams, including West Bromwich Albion, Manchester City and the San Jose Earthquakes;

* We oohed, ahhed and guffawed when the circus came to town; * We rode through the redwoods on Thomas the Tank Engine; * We visited San Francisco's AT&T park for the first time ever, and the boys got to pose with the SF Giants' 2010 World Series trophy;

* We feasted like kings on the freshest, juiciest, sweetest produce from our local farmer's market;

* We cleaned house, got rid of a LOT of old stuff, and made some money in the process; 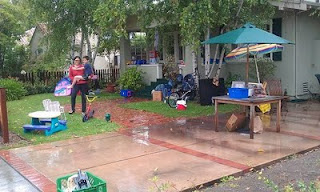 * We watched as the tomato seed that Jammy planted in mid-may grew to a fat, green plant that's taller than he is (we can't wait to start harvesting our tomatoes!).

Throw in a season pass to Great America, some really neat summer camps, fun times at the pool, picnics at the park, trips to museums and playdates with friends, and it looks like our summer was pretty busy after all.

We may not have done any big things, but when you put all the little things together, it all adds up to one great summer!
posted on Monday, August 22, 2011 Labels: kids, summer
Email ThisBlogThis!Share to TwitterShare to FacebookShare to Pinterest