How to prepare for the August 21 Total Solar Eclipse 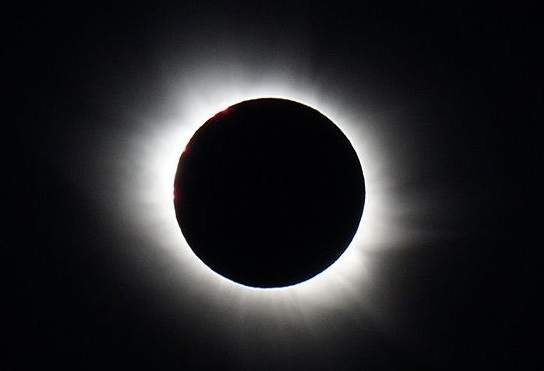 I don't live near the path of totality, but I'll be able to see 75% of the moon cover the sun, which is cool enough. I'm super excited at the opportunity to see the sky darken in the middle of the day and see the sun cast crescent-shaped shadows through the leaves of the trees. It's a privilege to be witnessing a phenomenon that in ancient times was linked to gods/demons/the end of the world, all without leaving my back yard.

The great thing about the August 21 eclipse is that everyone in the US will be able to see at least a partial solar eclipse, and a few lucky areas in the path of totality will be able to see the moon blocking the sun completely.  Americans won't have to travel very far or spend bucketloads of money to see it (although I hear that every hotel room, campsite, and spare bedroom is booked along the path of totality). It's probably too late to make plans to view the eclipse along the path of totality (unless you're ultra-rich). But you can make plans to view it from where you are. Here's what you need to do to prepare:

1) Check out this post, which lets you punch in your zip code and see what the eclipse will look like from your area, and what time it will reach its peak.

2) Cross your fingers and pray for clear skies on August 21.

3) Protect your eyes! DO NOT view the eclipse with the naked eye because you will damage your eyes. Some local libraries will be handing them out for free on August 21, but do you want to risk them running out before you get a pair? If you haven't already, purchase your own solar eclipse glasses ASAP! I added solar eclipse glasses to my Amazon cart in mid-July, then stupidly let them sit there for 3 weeks. Now they have doubled the price and may not arrive until August 21 (and probably in the evening, to boot). Check estimated delivery dates to your home from Walmart and Amazon .

If you do find a pair, make sure they are ISO certified. If the glasses are ultra cheap, they may be too good to be true. Not all solar eclipse glasses manufacturers are legit! Stick to the ones recommended by the American Astronomical Society. I was lucky to find Celestron brand glasses (on the AAS list) for $2.95 each at our local electronics store, Frys. The people at the store told me they are selling like hotcakes and will probably sell out soon. 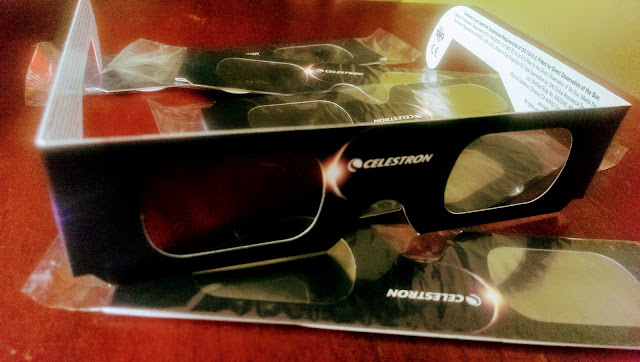 4) If you weren't able to get your hands on a pair of solar eclipse glasses, build a pinhole projector to safely view the eclipse.

5) To photograph or not to photograph?  I asked two sites via Twitter, and received two conflicting answers.  @TSE2017Info sent me a link to a Wired article telling readers how to photograph the eclipse from a smartphone. 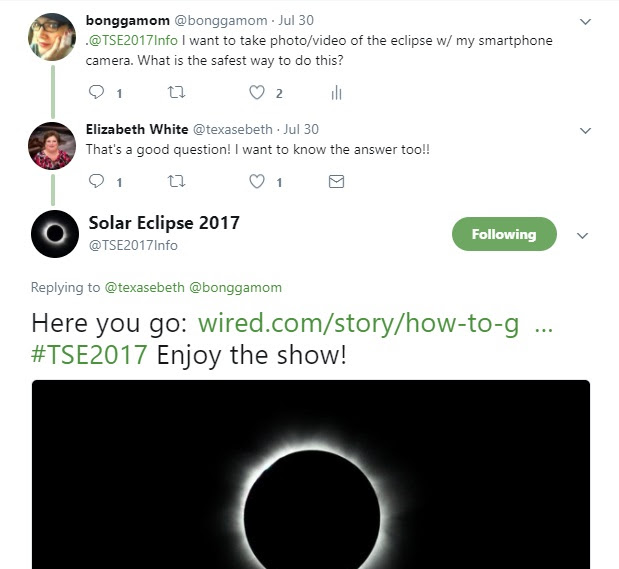 @NationalEclipse told me not to use a smartphone at all. When I asked them about using a DSLR camera, they suggested using special solar camera filters. 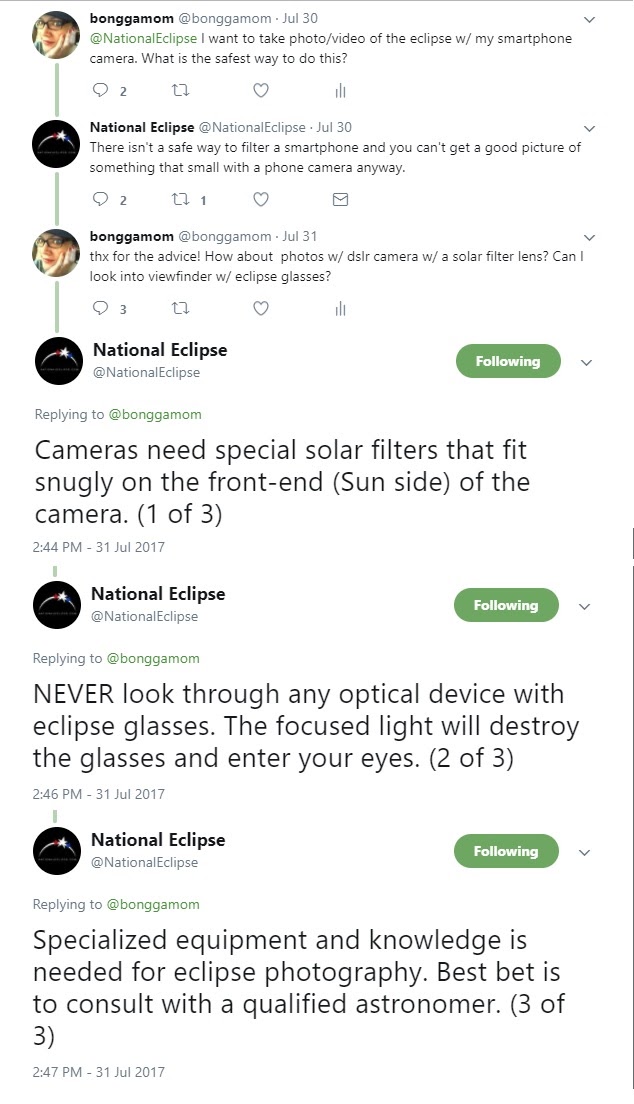 I'm still not sure what to do about photos or videos. On the one hand, it would be cool to capture that image personally, no matter how small or blurry. On the other hand, we're talking about my vision here, and that's not something I want to risk! Maybe I'll stick to taking photos of the shadows cast by the eclipse.

How are you preparing for the eclipse? Whatever you do, don't forget to step outside sometime between 9:00 and 11:30 am on August 21!